The Big Five & The Tiny Six

When it comes to Kenya safari animals we all want to see the big five... but what about the tiny six? The tiny six are maybe even more impressive and harder to spot. If you do manage to see them you are very lucky.

So what are the tiny six?

We'll get onto them in a moment but I'll start with the big five. 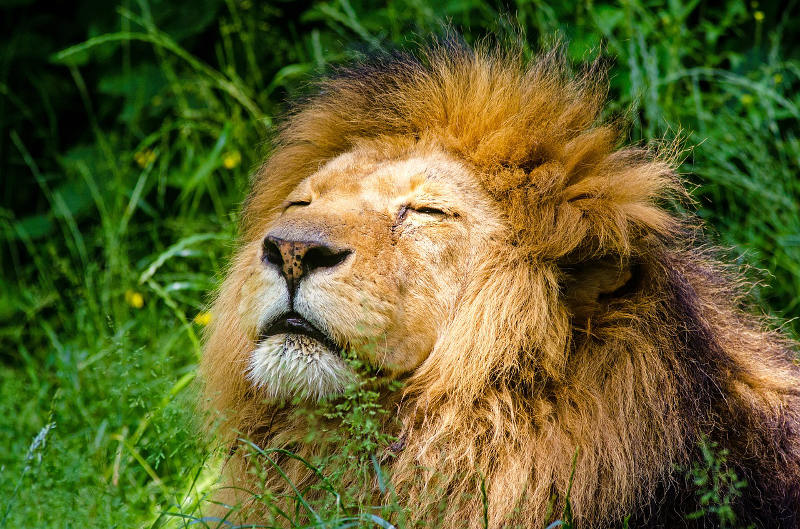 The lion - the local species you'll see in Kenya is the legendary Masai Lion - one of the largest species of lion. Of course seeing lions is top of nearly everyone's list of Kenya safari animals and you are almost guaranteed to see them. 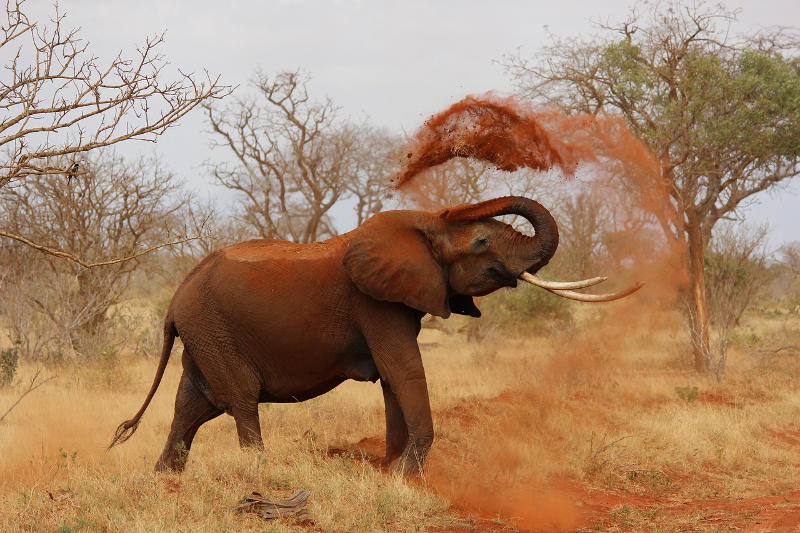 Hard to say which is more impressive - the lion or the elephant. For me I think the elephant. Again this is an animal that you will almost certainly see on safari in Kenya. 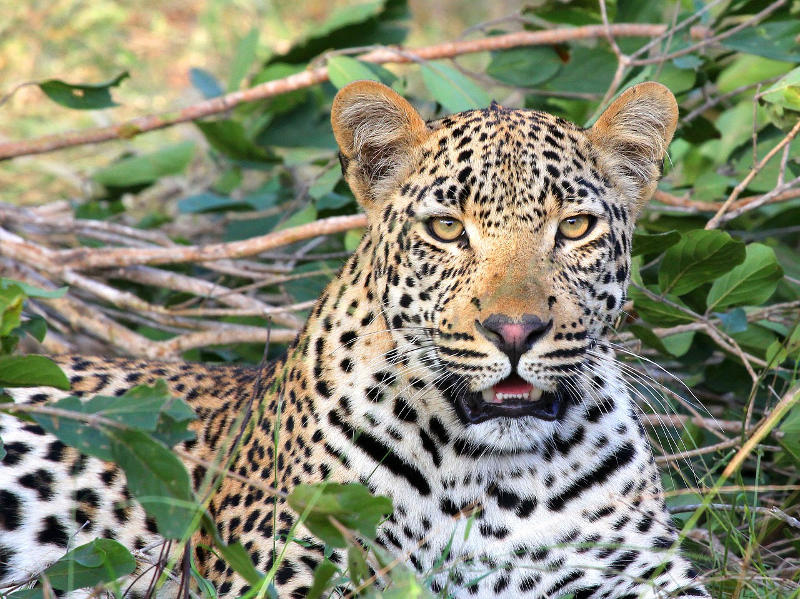 Another animal I really love. It's the hardest of the big five Kenya safari animals to spot as they live in thick bush areas and tend to be nocturnal - sleeping in trees during the day. 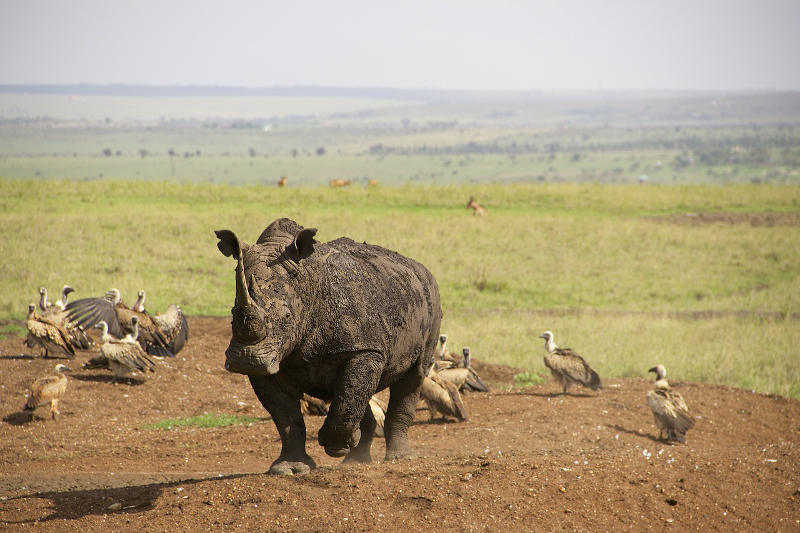 Sadly, the population of rhinos is declining so quickly, because of poaching, that there may soon be none left in the world. In Kenya there are both white rhino and the rare black rhino - don't wait too long to visit though as they are being massacred in great numbers by poachers and you may never get another chance to see these animals in the wild again. 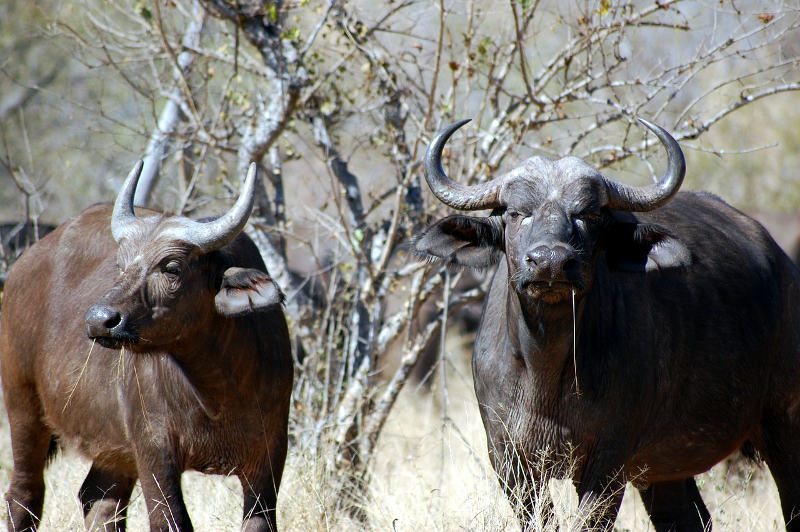 One of the meanest of the mean and as tough as they come. The African buffalo is feared by all and sundry and many a lion has lost its life to these bad-tempered creatures. Generally though, if you don't mess with them they won't mess with you. 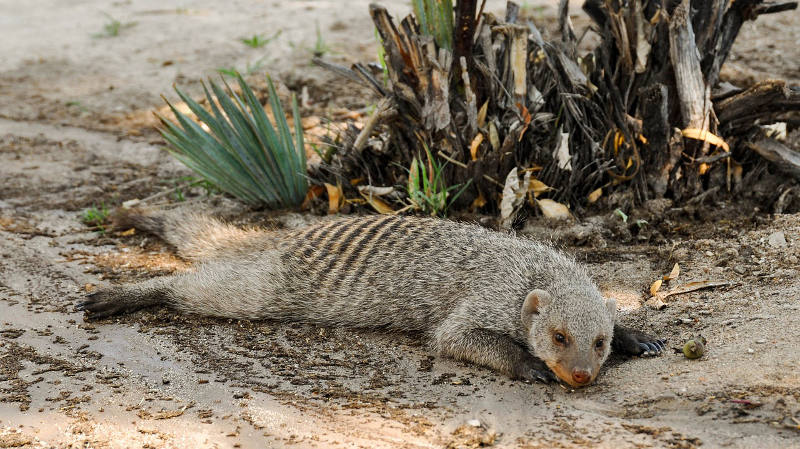 I don't know what it is about mongoose or should that be mongooses? Anyway, however you say it these cute critters really make you laugh more than any comedian. Their antics can keep anyone entertained for hours. The one in the photo taking a break from life's stresses is a banded mongoose - the type you'll most likely see in Kenya. 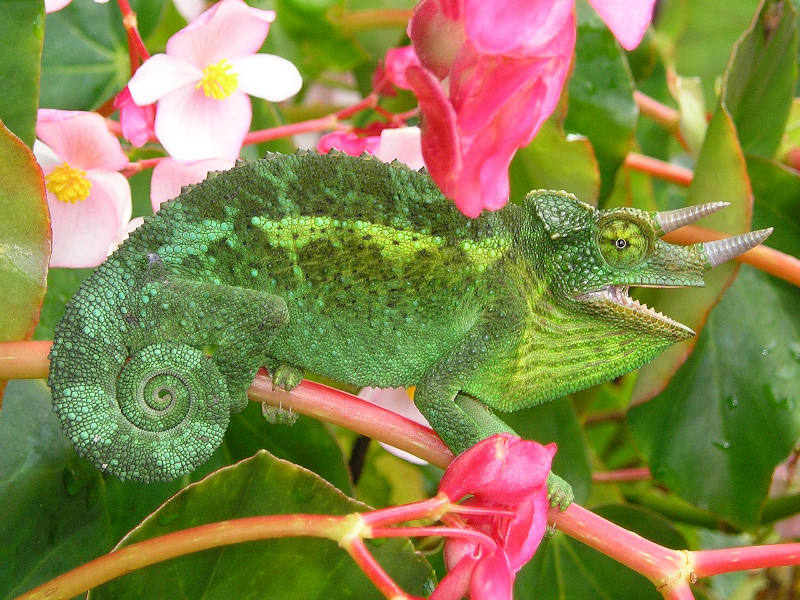 Need lessons in how to slowdown a little. Watch one of these little fellows for a while. You'll find them throughout Kenya and even in gardens in Nairobi. They are a little hard to spot during the day though as they are masters of camouflage. Try shining a bright torch into bushes at night - the distinctive silhouette is easy to spot. 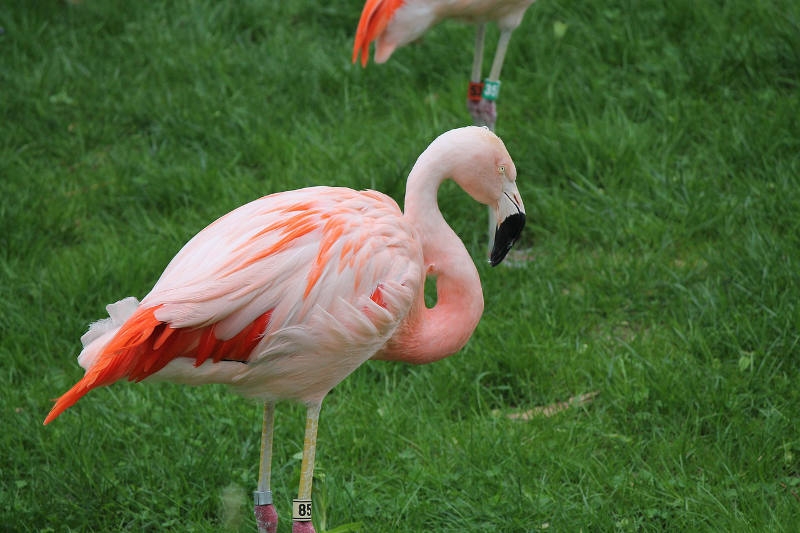 You'll need to head to one of Kenya's lakes to see the flamingos. Huge numbers gather at Lake Nakuru and Lake Bogoria. Watching them all move like synchronized dancers is an awesome experience so to is the moment they take flight and fill the skies with pink. 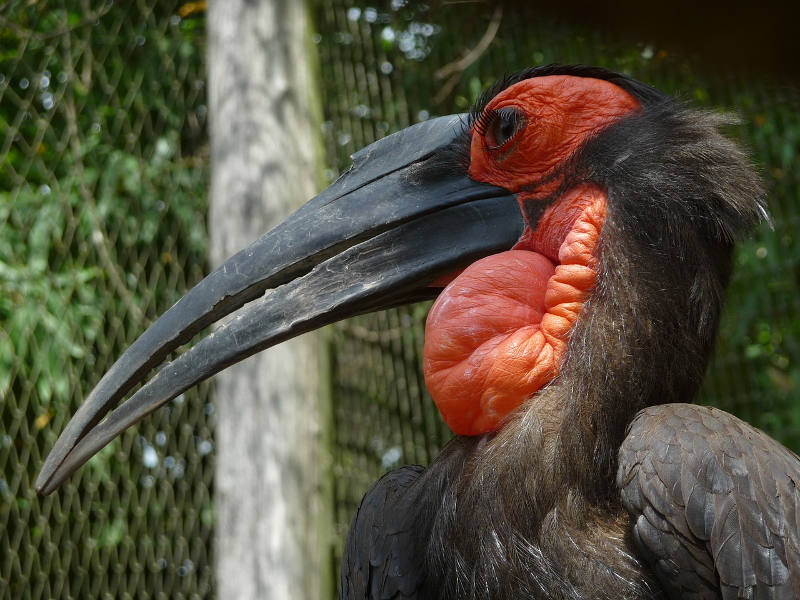 "Well", says the hornbill, "I may not be pretty but I make up for it in personality".  So many African legends and tales revolve around these birds. Ask your safari guide to tell you the stories around the unique breeding habits of the tree-nesting species. 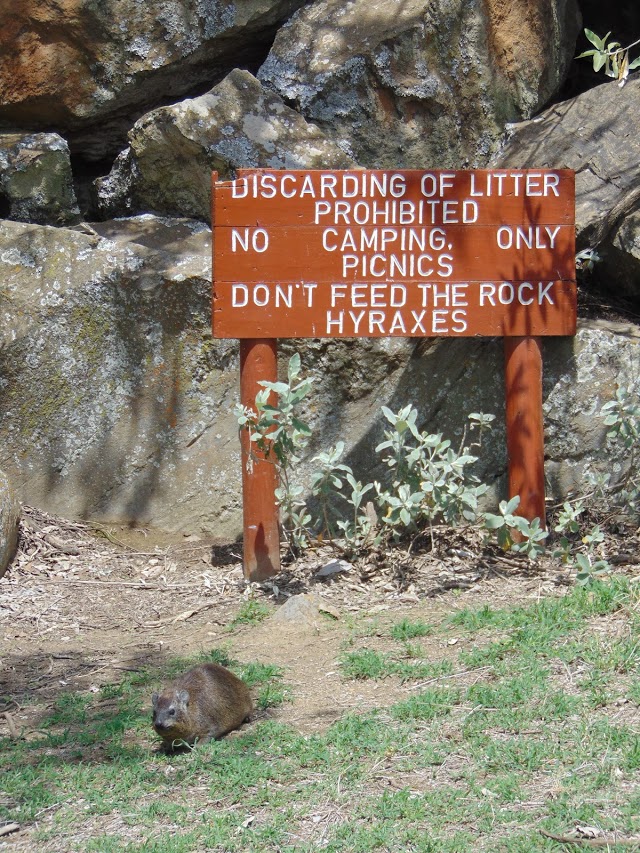 Once you've seen the elephants go out and meet their nearest relative - the tiny rock hyrax. You'll need to look on rocky hillsides to see them. They tend to live in big family groups so once you've spotted one you might see a lot of them... unless the watch-guard spots you first... then he'll send the rest of the family off to hide. 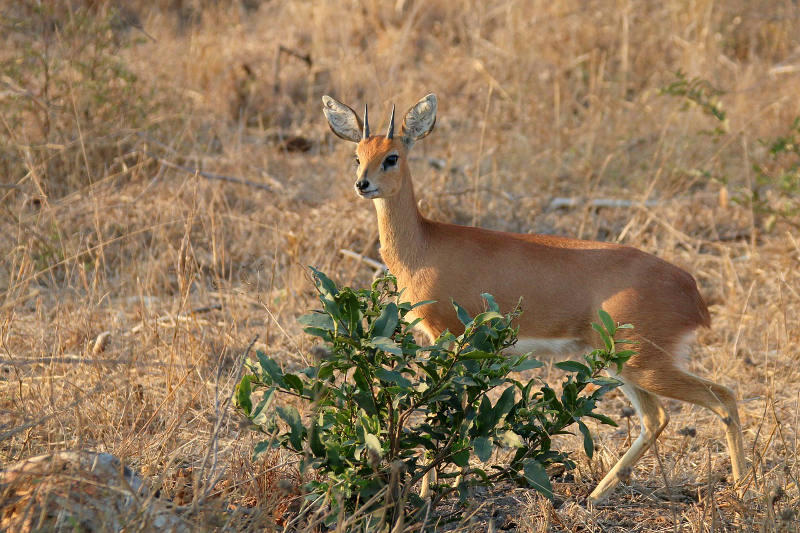 The steenbok is a tiny little antelope - standing little more than knee high.  It and the dik dik are the cutest of all Kenya safari animals. They are so cute you'll want to take one home with you. They can be hard to see though - best time to spot them is early mornings or evening when they tend to feed.

Some Other Kenya Safari Animals 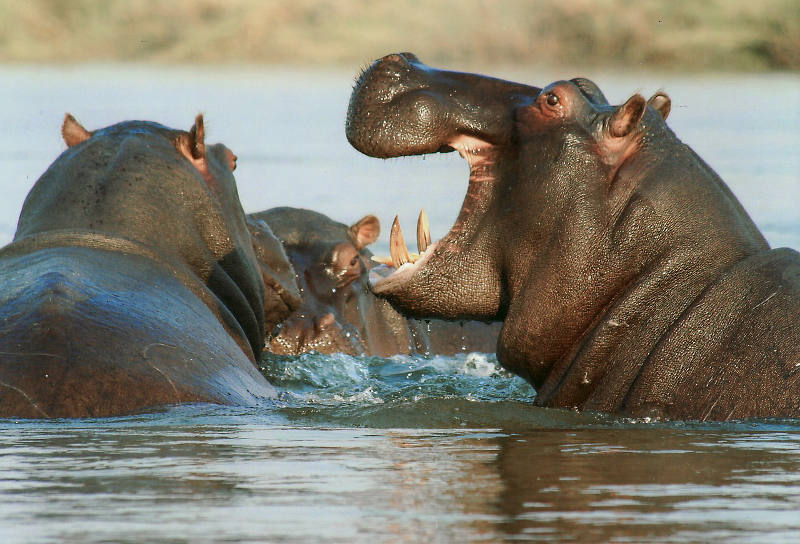 Would you believe that this is Africa's most dangerous animal?  Well they are and their bad-tempers are legendary. If you watch them from shore and from the safety of your vehicle you'll be fine. It's when you swim or row your boat too near them or block them accessing the water that you'll have a problem. 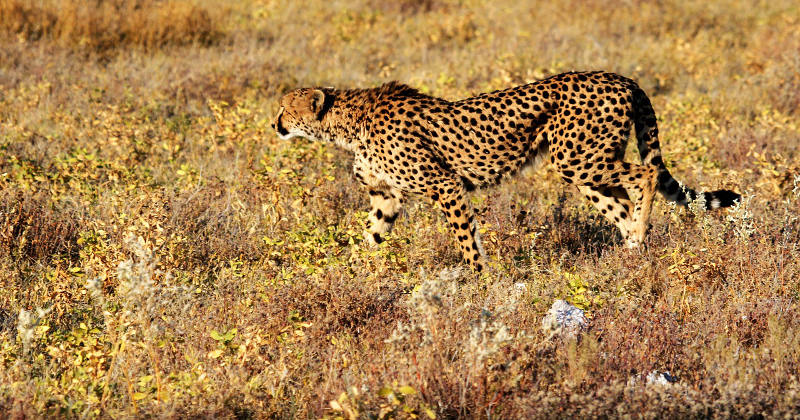 The Usain Bolt of the savanna - you are more likely to spot the cheetah rather than a leopard as they live out in the open. Still, their great camouflage can make them tricky to see. 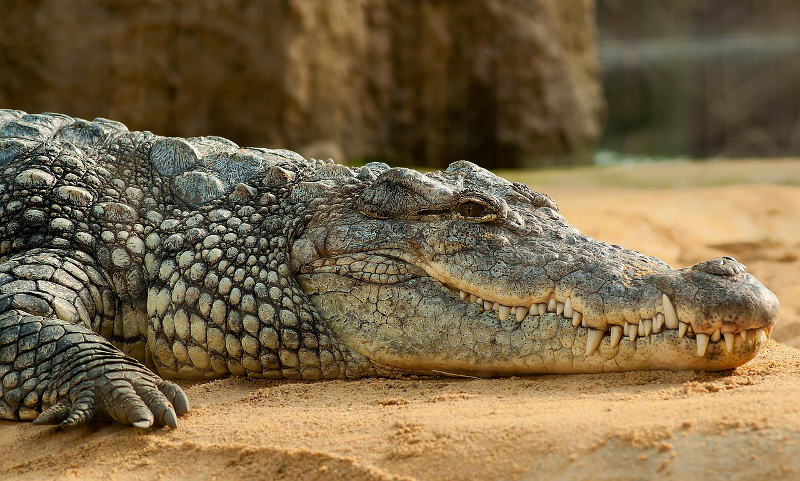 The crocodile that you'll see in Kenya is the Nile crocodile. It's one of the largest and most fearsome of all the crocodiles. 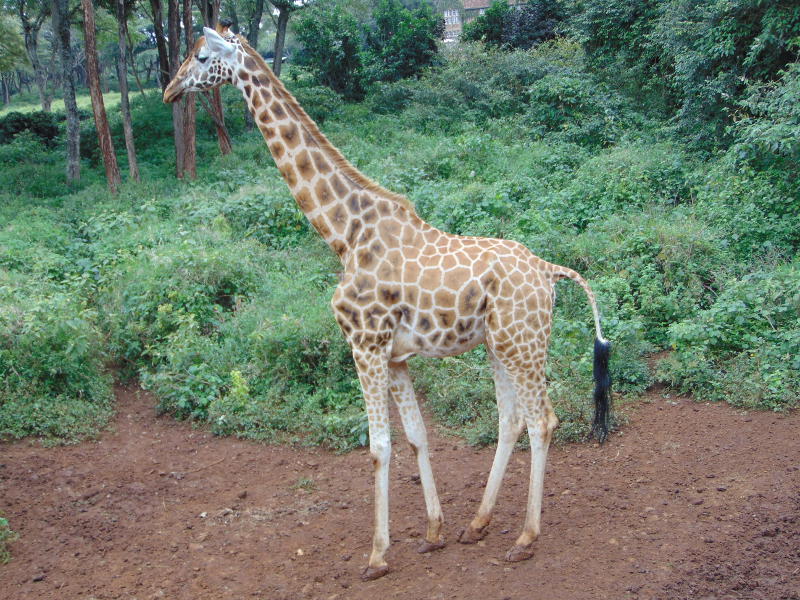 Giraffes are the gentle giants of the savanna - despite their height they are well camouflaged and not always easy to spot. Your safari guide will almost certainly see one, they know where to look, and point it out to you.